Triangle Pride Band, a registered 501(c)3 nonprofit organization, is an ally and community band program in the Raleigh, Durham, Chapel Hill area of central North Carolina. We welcome all interested adults (18+), regardless of sexual orientation, gender identity/expression, age, or ability, to join us in uplifting our community through music.

All groups are non-auditioned geared for most skill levels with rehearsal and performance schedules that accommodate working North Carolinians. Triangle Pride Band welcomes all community members to enjoy our accessible and seasonal performances such as concerts, parades, and pop-up pep band events. You can find us yearly at our fall and spring concerts, Out! Raleigh Pride Festival, Durham Pride, Raleigh’s St. Patrick’s Day Parade, Raleigh Night Markets, and many other venues as we collaborate with local event coordinators.

Through our modalities of performance groups, we welcome you to bring artistic expression and music performance back into your life. As musicians move on to their adult lives they often lose chances to rehearse and perform. Triangle Pride Band exists to fill that gap for local area musicians to pick up their instruments again.

Our vision is to lift up our community through music in an accepting environment for all.​

The Triangle Pride Band is committed to providing accessible, high-quality music experiences to the LGBTQ+ community and their allies in central North Carolina. We aim to strengthen our community through sharing our love of music and promoting social equity, arts education, and queer visibility. 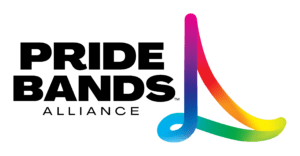 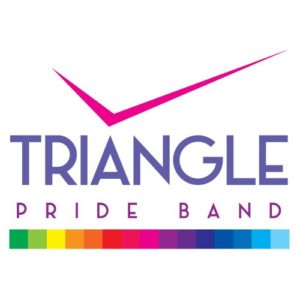 After a few years of no LGBT focussed music ensemble Jason Morley set forth on a mission to create a new ensemble. Our story starts off with a handful of musicians meeting in View Bar auditorium at Legends Nightclub. They rehearsed and planned to build a band program designated for LGBTQ+ adults who needed a chance to perform once again. Hundreds of volunteer hours by Jason and fellow members were spent formalizing the organization's mission and being granted the  501(c)3 nonprofit status.

The NC Pride Band, was an inclusive organization uniting communities through a shared love of music. Formerly known as the NC Pride Marching Band, or NCPMB, the NC Pride Band was comprised of a marching band, a concert band and a jazz ensemble. Founded in 1987, The North Carolina Pride Marching Band was formed as a lesbian drum corps using traditional Latin and African hand drums. In 1996, the band took a new direction and formed as a standard marching band with brass and woodwind instruments, and marching percussion.